Let Congress know that Maine trials should be decided by Maine juries, not D.C. politicians and lobbyists. Contact our representatives today and say no to H.R. 1215!

If you’ve been harmed by an unsafe medication, a preventable hospital error, or a doctor’s negligence, you have a constitutional right to have your day in court. You have the right for a jury of your peers to decide what fair compensation should be.

The insurance and healthcare industries want to take those rights away from you, to line their own pockets.

Their latest effort is H.R. 1215, a bill sponsored by Congressman Steve King of Iowa, that is pending before the U.S. House of Representatives in Washington, D.C. The bill would limit how much a patient can receive for a medical negligence claim, no matter how badly the patient was hurt, or how severe the negligence was. It would put the federal government in charge of a system that has been handled by individual states and local juries for more than 200 years. It would benefit large corporations, while taking rights away from regular Maine people and families.

We believe local juries — not Washington lobbyists or politicians — should decide what compensation is fair for injured Mainers. If you agree, please help us spread the word, and contact your Representatives and Senators today and urge them to reject this bill. Time is of the essence! H.R. 1215 is expected to go to a vote in the House this month. If passed, it would go to the Senate.

Here are nine reasons why Mainers should stand up against H.R. 1215. 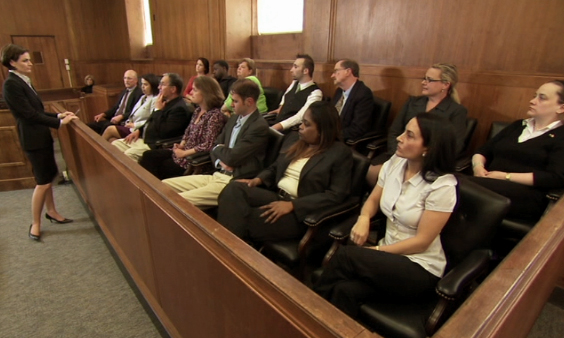 1. It takes away constitutional rights to a trial by jury

The bill includes a federal government mandate setting a price on a person’s life. It puts a $250,000 cap on “non-economic damages” in a lawsuit for medical negligence. Those are damages not related to a person’s medical bills, lost wages, or earning potential. Non-economic damages compensate for injuries such as pain and suffering, loss of a body part like an arm or a leg, loss of enjoyment of life, or loss of a child or spouse.

Right now, a jury of local people decides how much to compensate for those damages. That is part of the guarantee of the 7th Amendment. Some members of Congress want to take that right away, and let special interests decide how much people should be compensated by setting a cap on damages.

Local juries – not Washington lobbyists or politicians – should decide what compensation is fair for injured Mainers.

What this means for you: If H.R. 1215 becomes law, the federal government would decide how much you can receive in a medical malpractice lawsuit, rather than a local jury.

2. It won’t lower the cost of healthcare

Why is H.R. 1215 being introduced now? Backers say it’s because frivolous lawsuits, and the fear of being sued, are major drivers behind skyrocketing healthcare costs. But there is no evidence to support those claims.

Less than one percent of healthcare spending in the U.S. is due to costs related to medical malpractice claims, according to recent studies. Backers of the bill claim it will make malpractice insurance premiums less expensive for doctors and hospitals. States that passed similar bills in the past, however, found out the hard way that insurance companies don’t follow that playbook.

After California introduced a $250,000 cap on non-economic damages in medical malpractice cases in 1975, insurance premiums rose 450% over the next 13 years, faster than the national average. Florida, Ohio, Oklahoma, Mississippi, Nevada, Washington, and Texas all saw insurers demand rate hikes after similar legislation was passed in those states.[1]

What this means for you: Your health insurance costs will probably not go down, and could even increase because of this bill.

3. Maine already has a good system — don’t federalize it

Maine does not have a problem with meritless lawsuits. Injured patients must present their case to a screening panel before filing a claim. The opinions of the panel members, including a doctor or other medical provider, have a significant effect on whether the injured patient can proceed with the case. This system has been in place since the 1980’s and has decreased the number of claims filed against medical providers. According to one estimate, only 65 claims were filed in 2016, down from about 100 claims filed five years ago.

There is nothing wrong with Maine’s system for handling claims against medical providers. Washington, D.C. shouldn’t be allowed to ‘fix’ our system by taking away the rights of Maine people.

What this means for you: You would be restricted by a new federal system, rather than our state system that does not need fixing.

Preventable medical errors are the third leading cause of death in the United States, after only heart disease and cancer.[2]

Legal claims against medical providers make health care safer for all patients, by focusing on the providers who choose to ignore patient safety. Such lawsuits are a market-based solution for addressing patient safety. They are preferable to government regulation, because they impose damages only on bad actors, rather than imposing costs on an entire industry.  H.R. 1215 would make the healthcare industry less accountable.

What this means for you: H.R. 1215 could lower the quality of health care you receive.

5. It would put patients in Maine’s rural communities at risk

The bill would likely make health care less safe for Mainers who live in rural areas already suffering from a shortage of qualified doctors, and limited access to hospitals and nursing homes. When a hospital knows the most it will ever pay in non-economic damages for a doctor’s careless mistake is $250,000, it will look the other way when dangerous doctors make the same mistakes over and over  It will be easier for the hospital to pay this relatively small sum than to spend time and money recruiting a qualified doctor.

What this means for you: If you live in a rural area, the quality of your health care could decline compared to people in cities.

6. It discriminates based on employment and social status

H.R. 1215 would unfairly limit compensation for people like retirees and children, who are not in the workforce, or people who work in lower-paying jobs. A retired nurse who is trapped at home with a brain injury caused by medical malpractice could recover no more than $250,000 in “non-economic damages,” while a well-paid engineer who can no longer work due to a brain injury could recover millions of dollars in “economic damages” for the same type of injury.

What this means for you: If you are a young person, retired, a low-income worker, or a stay-at-home parent, it will be much more difficult for you to obtain fair compensation for a medical injury.

7. It imposes unreasonable federal rules on lawsuits in Maine

The bill also would prevent a patient harmed by a dangerous drug from bringing a claim against her doctor, even if the doctor failed to meet basic safety standards in deciding to prescribe the drug. Instead, the federal government would force injured patients to bring a lawsuit against the drugmaker, forcing the claim into federal court, often in another state where the claim is joined with other claims in a “mass tort” lawsuit.

What this means for you: You would only have one year in most cases — instead of three years — to bring a claim against a negligent doctor, hospital, or other healthcare provider. 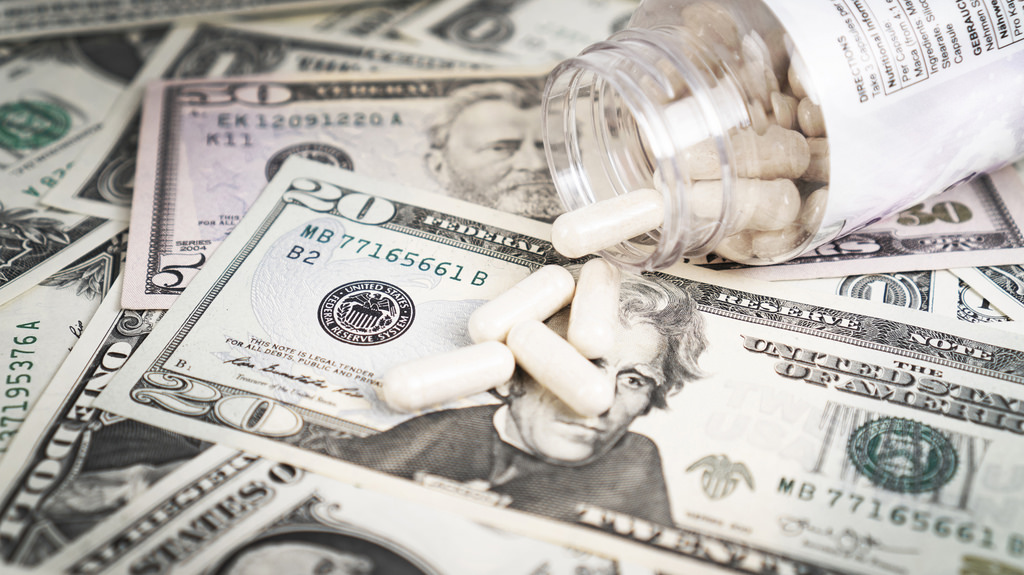 8. Even when patients win, they can still lose

The bill would take away States’ rights to choose how to compensate people harmed by preventable medical errors. When a Maine jury decides that two or more medical providers are responsible for needlessly harming a patient, and one of those medical providers has no assets and no insurance, the other medical providers must chip in to make sure the injured person receives fair compensation. The Maine Legislature created that rule because if someone has to pay extra in that situation, it is more fair that a wrongdoer who has been held accountable by a jury pays extra, rather than an innocent patient who did nothing wrong.

What this means for you: As a patient harmed by malpractice, you could be forced to pay for the consequences of the error.

9. It would line the pockets of insurance companies

This bill also changes the way a jury of Maine residents compensates someone injured by medical negligence. The jury might award an injured person a sum of money to be paid at once, but Congress wants to force the injured person to receive the money in installments over many years. The insurance companies will keep the money in their pockets longer, earning interest on it, instead of allowing the injured person to make use of it, for instance to pay for nursing care, make a home or car handicapped accessible, or earn interest.

What this means for you: If a jury awards you compensation for a medical injury, insurance companies could earn interest on your money. 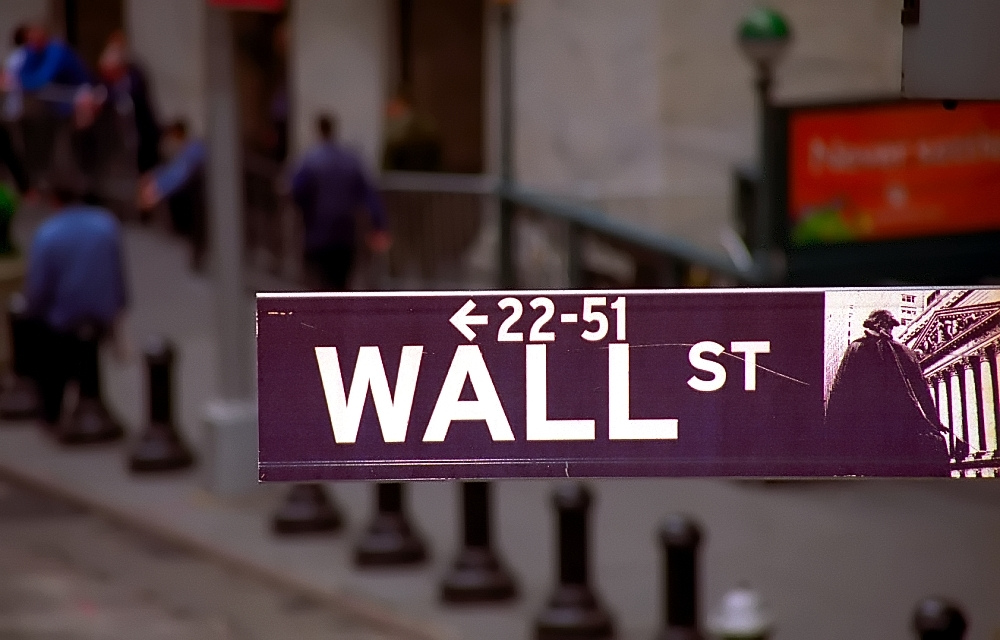 [1] Center for Justice & Democracy, “Caps” Do Not Lower Insurance Premiums for Doctors (And
Insurance Insiders Admit it), available at:
https://www.centerjd.org/sites/default/files/ckfinder/userfiles/files/CapsDontWorkF(1).pdf

[2] John James, PhD, A New, Evidence-based Estimate of Patient Harms Associated with Hospital Care, Journal
of Patient Safety, Sept. 2013, 9:3, 122-128.  Dr. Lucian Leape, a Harvard pediatrician referred to as the
‘father of patient safety’ has said he has confidence in this statistic.  Marshall Allen, How Many
Die from Medical Mistakes in U.S. Hospitals?, ProPublica, Sept. 19, 2013, available at:
https:/www.propublica.org/article/how-many-die-from-medical-mistakes-in-us-hospitals.